Macrophages are involved in spheroid formation in an orthotopic OC model. 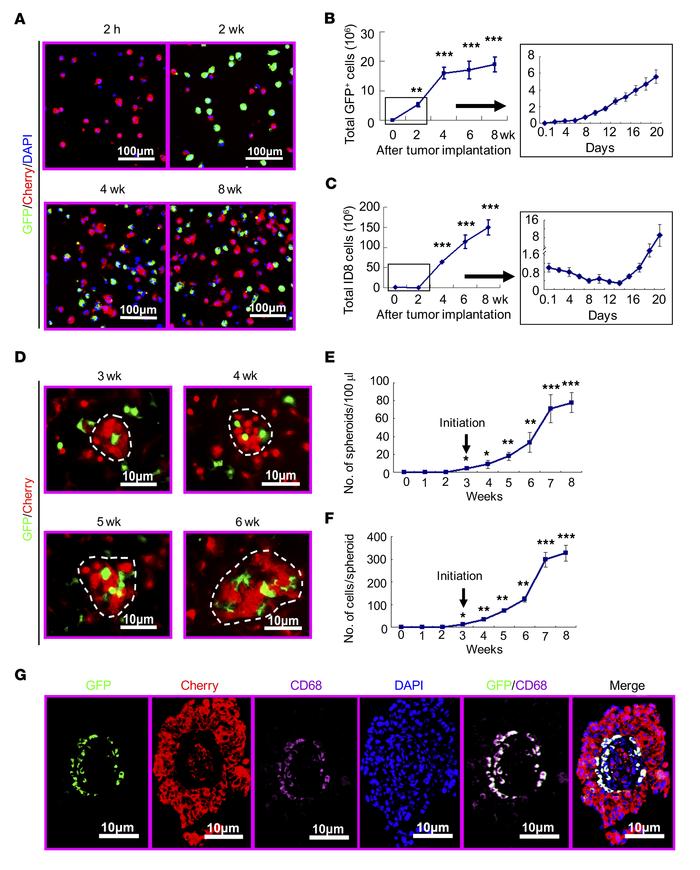